Woke up this morning to a new peak in the value of Bitcoin. It’s at its highest level in the cryptocurrency’s short history. 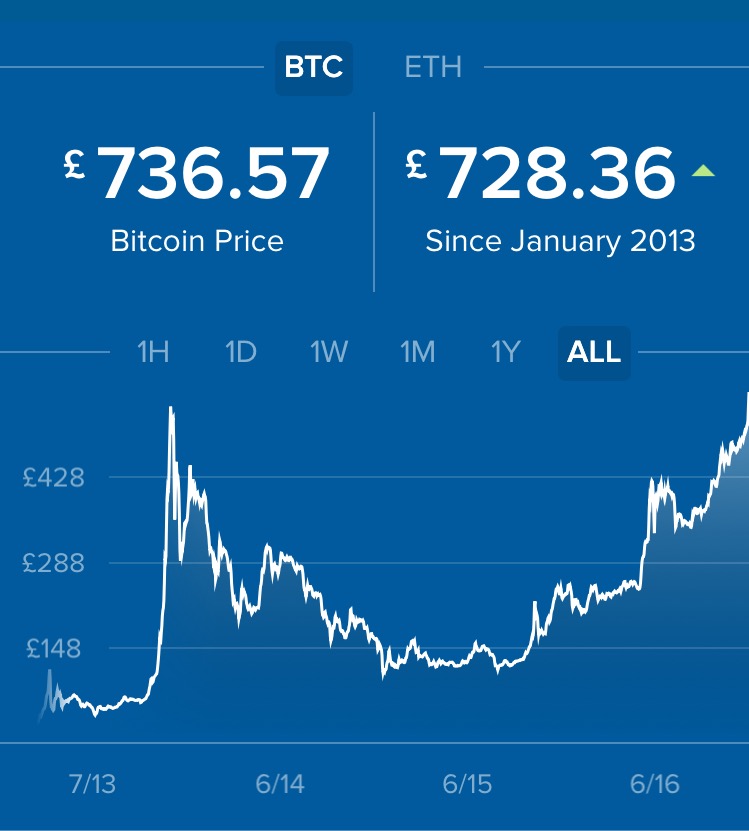 The last surge was in 2013 and that was mostly due to speculators trying to make a quick buck. It quickly lost value again but after hitting a low is has steadily increased until it was valued at around £736 today. The last increase was very rapid, which no doubt shows a certain level of speculator investment again, but this time it’s underpinned with an increase in uptake, which bodes a lot better for the fledgling payment system.

Whether that increase is due to increased usage in India, where the government have banned small denomination notes, or in Venezuela, where their Bolivar is at absolute rock bottom, or whether it’s due to the introduction of zCash which offers cryptographic privacy or selective transparency, or the impending introduction of the new Mega, as Kim Dotcom would have us believe, is open to speculation. Scrutiny of the Bitcoin blockchain could probably reveal a more in-depth analysis, but that’s beyond my means at the moment.

Here’s hoping Bitcoin retains its value and we see a genuine uptake of this elegant solution to online money.